For a long time people have assumed Singapore is all fine - but now, more than ever, we need to address many issues that affect us more than we think. Below are links to the petitions of the issues that require attention, and some things we need to talk about. Explanations for the pictures will be given according from left to right.

*DISCLAIMER: DO NOT DONATE TO CHANGE.ORG. The money does NOT go to the people running the actual petition but the actual company. Linked below are some charities or organisations that you can support! 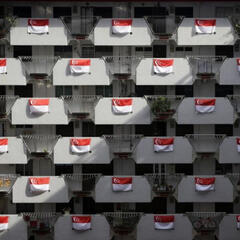 These matters fall under the justice category, for issues that concern the law.

#JUSTICEFORALI: In 2019, a child with special needs, Ali, was abused physically by a therapist at a facility meant for special needs children. The case was closed with just his therapist being verbally warned. The footage resurfaced this week, with his mother posting the video.

Revoke Rape Bail and Stricter laws on ALL Sexual Crimes / Justice for Women Raped by 7 Men: There have been numerous cases of rape cases going uncharged or charged with the bare minimum punishments. Some of these punishments are a mere slap to the wrist, while these women will carry that trauma for life.

Stiffer Punishments against Animal Abuse: Many cases of animal abuse go unheard of or brushed off by the media. These animals do not deserve the hurt, nor the suffering.

Petitions for Expulsion and/or Harsher Punishment of NUS student who Strangled a Woman and Damaged her Eye: The law has allowed an NUS student run free with the bare minimum sentencing after he was reported and caught for attempted strangling of his ex-girlfriend. The girl now lives in constant paranoia about it, while the student will only have to serve as the system deems that he is not at a risk of reoffending.

For the issues that are related to social, racial discrimination and the environment.

Allow Women to Wear Hijabs at the Frontline: There is no denying that many have found their calling to serve the sick and the weak. But for the Malay women, they are sidelined due to their Hijabs. Why should they be treated as such when they are just as much qualified and capable as the rest of their peers are to serve at the frontlines?

Anti-Plastic Petition: Singapore remains one of the very few countries that have not fully addressed the issue of their plastic waste. Just this past Circuit Breaker, we generated 1334 tonnes of plastic waste. That's equal to 92 double deckers.

Curbing Rental Fees for Businesses affected by COVID-19: It's no surprise that the pandemic has hurt many people, including businesses like our beloved hawkers. If things don't change, we risk losing even more than we most likely expected, and many will lose their income.

Protecting our Foreign Workers during COVID-19: During the late March/Early April period, cases spiked among the pandemic in the dormitries. It was soon revealed that many clusters of these infections could have been avoided if living conditions were better for them.

Help the Animal Shelters during COVID-19: Many fundraising events and adoption drives have had to be cancelled during the period of the pandemic. This meant that not only were there a lack of funds, it would mean that there could have been a spike of animals being put down due to insufficient funding to help support the animals.

Protecting the Elderly at the Frontlines during COVID-19: While most of us are home shielding from the virus, a vulnerable group of individuals brave the storm everyday to guide us home. The elderly, to nobody's surprise, are one of the most vulnerable groups to this virus.

Introduction of Minimum Wage: Many of the poor or needy in Singapore rely on very little money to use for their daily needs. Many of them, like the elderly, make only about $6 a day by doing things like collecting cardboard, which is highly intensive, and cannot be done if they are to suffer any injuries or medical conditions.

Our community has had enough - listen to us speak.

Repeal 377A & Legalize Same Sex Marriage: For many decades since the colonial rule, the Penal Code 377A states that any male person who, in public or private, commits, or abets the commission of, or procures or attempts to procure the commission by any male person of, any act of gross indecency with another male person, shall be punished with imprisonment for a term which may extend to 2 years. Not only this, but LGBTQ+ events and anything to do with it is heavily under wraps most of the time and kept hush hush. Many issues are still prominent, like workplace discrimination, inability to get a house, proper healthcare and access to transition resources by the Transgender community. This is not only dangerous but also has left many of us feeling left out and we want to be able to have the rights to simply exist.

LGBTQ+ In Sex Education Syllabus, Growing Years: In the past, there have been cases of teachers being shushed by managements after telling students affirming messages about LGBTQ+. The syllabus does not include any information, and even if it does, it cannot be put in a negative light, and all teachers must remind their students that it is punishable by law (377A). Placing LGBTQ+ in the syllabus will help those questioning or curious to seek comfort and have a conversation that is highly informative about LGBTQ+.

Homophobia in the Media: Recently, a local show, My Guardian Angels, produced by Mediacorp for Channel 8, came under fire when it was noted that not only did they write a gay character, he was also a pedophile with STD. This is a heavily negative stereotype that has been perpetuated for years by homophobes and continues to affect the community till this day.

Giving SG, Touch Community Services, The Straits Times School Pocket Money Fund: All three charities offer aid to the needy regardless of race and religion, with the School Pocket Money Fund aimed at helping to ensure children from lower income families are able to have money for food in school. Their beneficiaries include the poor, low-income families, and the elderly.

The T Project: The only transgender social service in Singapore, their support ranges from counselling to shelter. June Chua and her late sister, Alicia Chua started this service in 2014 when they saw that there was a lack in services for the community. Their program initially began with a shelter that took in those who needed it for up to 6 months until they could find a place to stay, and now includes services under the Alicia Counselling Centre, named after Alicia, and provides services ranging from Sensitivity Training to Professional Counselling.

Club Rainbow & Rainbow Centre: Both organizations are aimed at helping children. Club Rainbow, started in 1992 after parents highlighted the need for more access to provide financial, emotional, informational, educational and social support for families and children with chronic illnesses.

Rainbow Centre was established in 1987 to aid children with disabilities, and help them learn to the best of their abilities to lead a meaningful life in society, as well as guiding parents to learning the best ways to guide their children.

Singapore Cancer Society & Children's Cancer Foundation: Both foundations were founded with the aim to provide support for those with cancer. Their target groups span from the elderly to the youngest of children. Formed in 1964, Singapore Cancer Society educates Singaporeans on the warning signs of cancer and does their own research, as well as organizing events and seminars to help promote cancer awareness.

The Children's Cancer Foundation was founded in 1992, with the aim of helping children with various forms of cancer to lead a better quality of life, as well as helping parents and affected children to enhance their wellbeing. Every year, the Children's Cancer Foundation holds the Hair For Hope fundraiser event to encourage Singaporeans to stand in solidarity with children, to show them that being bald from it is okay, and to raise awareness of childhood cancer. Participants shave their heads during the event.

Transient Workers Count Too: TWC2 focuses on working towards fair treatment of migrant workers; recognizing and valuing the contributions they make to our country. No migrant worker should be subjected to inhumane or derogatory treatment. Many of them are the sole breadwinners of their families and keep hardly enough for themselves, and even then it's hardly enough for their families to use. They earn less than $20 per day ($14.30, to be exact.) and live in rooms that are less than ideal compared to what we should be entilted to, and with the virus currently, they need us more than ever to help them ensure they have something to live on.